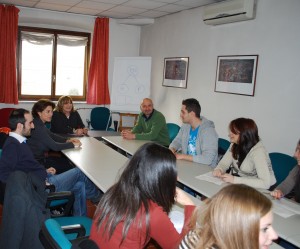 The University of Pavia is one of the oldest in Europe. Founded 650 years ago as a school of Law, Science and Medicine, it is now a prestigious multidisciplinary research University and is a partner in more than 300 international exchange programs aimed at promoting international cooperation through the mobility of students and teaching staff.

Pavia has a long and respected tradition of research and teaching in “Political Sciences”. Founded in 1926 for the academic training of future diplomats, journalists, and public managers, Pavia’s Faculty of Political Sciences (now the Department of Political and Social Sciences) is the second oldest in Italy, and one of the best known. The mission of the Faculty has always been inherently multidisciplinary and interdisciplinary, as reflected in its journal, Il Politico, which publishes articles in Italian and English in the areas of politics, sociology, history, law, and economics.

Pavia’s ranking with respect to Italian Faculties of Political Sciences has been consistently high over the last decade. Pavia University as a whole has also been consistently ranked first or second over recent years (by the Italian Centro Studi Investimenti Sociali) in the category of large-sized Italian Universities.

Pavia has produced and hosted a number of nationally and internationally renowned scholars in the political sciences. The political and legal theorist Bruno Leoni, the economist Libero Lenti, and the historian Carlo Maria Cipolla are among the figures who have established pioneering and leading schools of research at Pavia.

As well as including prominent researchers in Western and European comparative politics, history, law, economics, and sociology, Political Sciences at Pavia also boasts particular strengths in the study of African and Asian history and politics, and in the teaching of Arabic, Chinese and Japanese languages.

Gaetano Mosca, Italian political scientist and founder of the theory of elitism. He contributed importantly to the study of the legitimacy and organization of political power.

Norberto Bobbio, an Italian legal and political theorist of the second half of the Twentieth Century made prominent contributions to democratic theory and liberal socialist thought.

Bruno Leoni, an Italian political scientist, legal theorist, and libertarian political philosopher. He was a professor at Pavia and founded the Pavia journal "Il Politico". 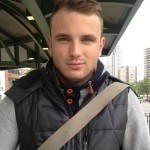 “I decided to join the World Politics and International Relations Master’s program at the University of Pavia because it offers an extensive selection of courses that provide students with knowledge and skills in various areas. Pavia is a university town where you’ll meet people from all over the world. This is particularly true for the WPIR program – the extraordinary diversity of our course is invaluable and creates a truly international study experience”.

“Studying World Politics and International Relations has been a unique experience. These two years can be described as an opportunity for professional and personal growth. Surrounded by the stimulating academic environment of the University of Pavia, learning has been an active and satisfying process where ideas and opinions are discussed with professors and students. This is why I think that the most valuable feature of this Master’s course is its human capital. Above all, the high number of foreign students from all over the world has represented an extraordinary occasion to learn about different cultures and traditions. In fact, the WPIR community goes beyond the University walls and extends to everyday life. This experience has given me indispensable tools to deepen my study of International Relations, but most importantly it has allowed me to create important connections with people, which is something that cannot be learned in books”.