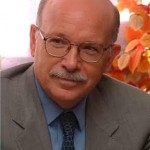 Until 2003, he was Head of Policy Planning at the Italian Ministry of Foreign Affairs and chaired the Organisation for Economic Co-operation and Development’s Development Assistance Committee Network on conflict, peace, and development co-operation.

As a career diplomat, he has served in a number of other posts (Chile, USSR, Spain, United States, as well as at Italy’s Permanent Mission to the United Nations at Geneva).

He holds a degree in law from the University of Parma and an M.A. from the School of Advanced International Studies at Johns Hopkins University, which he attended as a Fulbright fellow. In 1987-88 he was a Fellow at the Center for International Affairs of Harvard University.

He is the author of books and articles (on human rights, peacekeeping, conflict prevention, ethics, and international relations) published in Italy, the U.S., France, and Spain.