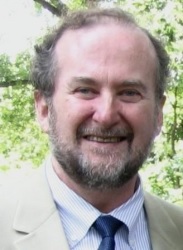 Professor Cronin teaches modern British and European history. Over the past decade, his research interests have involved the relationship between states and social structures, political parties, and the rise and fall of the Cold War world order. His most recent book focused on the making of “New Labour” in Britain and its implications for the evolution of social democracy in Europe. He is currently working on a study of British and American foreign policy, and the Anglo-American alliance, since the crisis of the 1970s. Professor Cronin is an associate of the Center for European Studies at Harvard University, where he chairs the British Study Group, and he serves on the editorial boards of the Journal of Social History and British Politics. He has been awarded fellowships by the National Endowment for the Humanities and the German Marshall Fund and is a fellow of the Royal Historical Society.

Transatlantic Relations from Detente to the Post Cold War Era

Seminars held on the following topics: