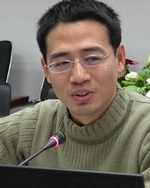 Dr. LIU is interested in the comparative study of state-society relations and Chinese Politics. He obtained his Ph.D. from the City University of Hong Kong in 2005 and has been a post-doctoral researcher at Georgetown University.

He is an Associate Professor of Political Science atSchoolofInternational Relations and Public Affairs of Fudan University. He has been serving as Executive Vice Director of the Fudan-European Center for China Studies atUniversityofCopenhagensince 2013.

He is interested in the comparative study of state-society relations and in Chinese politics and has published widely on China’s governance transformation at local and grassroots levels.

China’s unprecedented transformation in the context of globalization, marketization, and urbanization has led to an urgent demand for a more nuanced and in-depth study and understanding of China’s political evolution.

What are the critical domestic changes and challenges in Chinese politics today?

How does the Chinese leadership seek to respond to them and what are the implications of its institutional and strategic choices for the development of Chinese regional and global foreign and security policies?