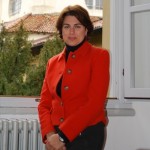 Arianna Arisi Rota is a Full Professor of Contemporary History. Her research interests include the evolution of the diplomatic machinery from the late 18th to the 20th century and its relations with periods of transition and State-building processes. She is the author of La diplomazia del Ventennio (Milan, 1990), the editor of Formare alle professioni. Diplomatici e politici (Milan, 2009), and the author of several articles on diplomatic corps and diplomats from modern to contemporary times. She is a member of two France-based international research groups. In 2009 she was a Visiting Professor at the Ecole Normale Supérieure, Paris, and in 2016 at the IEP of the University of Aix-en-Provence/Marseille. 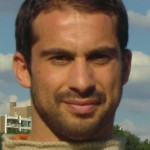 Marco Barducci is a Senior Researcher (Assistant Professor, Tenure-Track) in the History of Political Thought. He is also an Honorary Fellow at the Institute of Medieval and Early Modern Studies (Durham University) and a Fellow of the Royal Historical Society (FRHistS). Prior to joining Pavia, he held academic positions at Durham University, the University of Roma Tre, the Interdisciplinary Centre for European Enlightenment Studies (Martin-Luther-Universität), the Institute for Advanced Study (Princeton), the Folger Institute (Washington, DC), the University of Florence, and the Fondazione Luigi Firpo, Centro Studi sul Pensiero Politico (Turin). Since receiving his Ph.D., Barducci’s research has focused on two interrelated topics, which he has developed in parallel: the first is the influence of Dutch, Italian, and French ideas on 17th and 18th-century English political and religious thought. The second topic is the impact of the political ideas of European democratic exiles on British political thought from the 1830s to the 1850s. He is the author of Hugo Grotius and the Century of Revolution (1613 –1718). Transnational Reception in English Political Thought (Oxford University Press, 2017); Order and Conflict. Anthony Ascham and English Political Thought, 1648-1650 (Manchester University Press, 2015), Oliver Cromwell negli Scritti Italiani del Seicento (Centro Editoriale Toscano, 2005) and the editor of Mazzini ed il Repubblicanesimo Inglese, 1840-1855. Da Carlyle a Linton (Centro Editoriale Toscano, 2007). He is currently preparing a monograph entitled The Crisis of the English Mind, 1650–1750: European Intellectual Exchange, Religion & Secularisation (Boydell & Brewer, under contract) and an edited volume entitled Debating Enlightenment. Scholarship, Historiography, and the Transmission of Books and Idea to be published with Boydell & Brewer and IMEMS press. 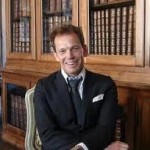 Axel Berkofsky formerly held the Gianni Mazzocchi Chair at Pavia University and is currently an Associate Professor of Asian History. He is also Senior Associate Research Fellow at the Milan-based Istituto per gli Studi di Politica Internazionale (ISPI). His research interests include Japanese and Chinese foreign and security policies, Asian security, and EU-Asia relations. Author of more than 200 articles in journals, newspapers, and magazines, he has taught at numerous think tanks, research institutes, and universities in Europe and Asia. Previously, he was a Senior Policy Analyst and Associate Policy Analyst at the Brussels-based European Policy Centre (EPC), and Research Fellow at the Brussels-based European Institute for Asian Studies (EIAS). He has worked as a freelance journalist for the Tokyo-based Asahi Evening News and has been a regular contributor to the Asia Times and to the Zurich-based International Security Network (ISN). 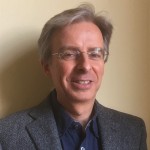 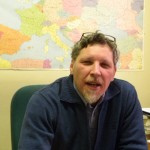 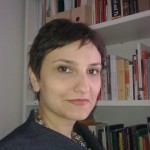 Cristina Mariotti is an Assistant Professor in Applied English Linguistics in Applied English Linguistics at the University of Pavia and teaches a graduate course in academic writing. Her main research interests include the study of English as a Medium of Instruction (EMI), the linguistic and cultural identity of non-native speakers of English, and the use of subtitled audiovisual materials in language learning. She is the author of Interaction Strategies in English-medium Instruction (FrancoAngeli, 2007) and a member of the ICLHE-Integrating Content and Language in Higher Education research association.

Leonardo Parri is an Associate Professor at the University of Pavia. He obtained his Ph.D. in Political and Social Sciences at the European University Institute. His teaching and research interests include empirical studies in comparative economic sociology and comparative political sociology, Italian local and national economic development, the theory of social action and institutions, and the philosophy and methodology of the social sciences. His articles have appeared in West European Politics, Revue Française d’Administration Publique, Politische Vierteljahresschrift, Stato e Mercato, and Rassegna Italiana di Sociologia. He is the author of I Dilemmi dell’Azione Sociale (Carocci, 2004) and of Explanation in the Social Sciences (Rubbettino, 2014).

Ilaria Poggiolini is an Associate Professor of International History at the University of Pavia. Her research activities and publications focus on post-WWII international peace-making with a focus on the cases of Italy, Japan, and Vietnam; political and diplomatic relations between Italy and the Allies in the 1940s and ‘50s; and British accession to the EEC and Ostpolitik in the 1970s and 1980s.  She is presently working on nuclear policies in Britain since the 1970s and Euroscepticism among EEC/EU countries. She is an SCR Fellow at the European Study Centre, St Antony’s College, University of Oxford, and Associate of the Transatlantic Relations Programme at LSE IDEAS, London School of Economics (London). Previously, she has taught at the Universities of Milan and Sassari and been a Fellow of the Fulbright and NATO programs, of the Woodrow Wilson School at Princeton University, and of St. Antony’s College, Oxford.

Stefano Procacci is a lecturer in Global politics and Foreign policy analysis at the Catholic University of Milan. He has been visiting fellow at the Copenhagen Peace Research Institute (COPRI) and a research associate at the University of Piemonte Orientale “A. Avogadro”. His research interests focus on contemporary theories of international relations and the concept of international society from a historical and comparative perspective. His recent publications include: La Teoria Internazionale di Martin Wight. Osservazioni sull’antropologia politica della società internazionale (Warning. Rivista semestrale di studi internazionali, I, 2, 2012); (ed.) Le regole della battaglia (Morlacchi, 2012 – forthcoming). 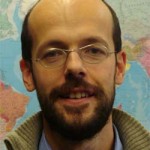 Riccardo Puglisi is an Associate Professor in Political Economy at Pavia University and a Fellow of the Luca D’Agliano Research Centre in Milan. He has previously been a Visiting Lecturer in quantitative methods at the Massachusetts Institute of Technology (2005-2007) and a Marie Curie Fellow at the Université Libre de Bruxelles (2007-2009). His research interests include political economy, public economics, the economics of the mass media, and the economics of immigration. His most recent articles have appeared in the Journal of Politics and in the Quarterly Journal of Political Science. 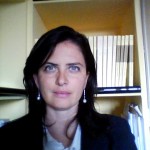 Carola Ricci is an Associate Professor of International Law. Her research interests cover international law, subjectivity, human rights, food safety rights, family law-related rights, and judicial cooperation in civil and commercial matters. She is the author of The Applicable Law in Case of Reference to Non-Unified Legal Systems (2004), and was a member of the editorial team for the volume Diritti individuali e giustizia internazionale – Individual Rights and International Justice – Droits individuels et justice internazionale. Liber Fausto Pocar (2009). In 1996 she was a visiting scholar at the University of California at Berkeley. Since 2006 she has been a member of the legal external expert team of the European Parliament, DG for Internal Policies, Citizen’s Rights and Constitutional Affairs, on Judicial Cooperation in Civil Matters. 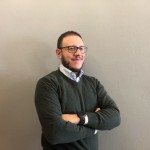 Eugenio Salvati is an Assistant Professor of Political Science. He holds a Ph.D. in Political Science from the University of Pavia and has been visiting student at the University of Antwerp. His research interests focus on political institutions, the process of European integration, multilevel governance, local welfare, and social policy. He has published several articles in national and international peer-reviewed journals. He is the author of Il Parlamento Europeo. Tra crisi del processo di integrazione e politicizzazione dell’Unione Europea (Mondadori, 2019) and of (with Pietro Previtali) Local welfare and the organization of social services. Local Area Planning in the Lombardy region (Springer, 2021). 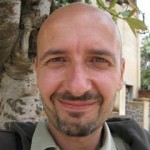 Massimo Zaccaria is Associate Professor in African History. His research interests include the social and economic history of the Horn of Africa during the colonial period, the history of Islam in Africa, and the history of the printed book in the Horn region. He is the author of Le note del commissario. Teobaldo Folchi e i cenni storico amministrativi sul commissariato di Massaua, 1898 (Franco Angeli, 2009). His most recent articles have appeared in the journals Africa, Eritrean Studies Review, and Ethnorema. In 2009-2010 he was awarded a Marie Curie IOF Fellowship for a research project on the preservation and dissemination of the Eritrean printed heritage (1867-1941). 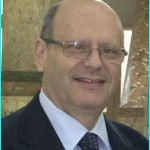 Jacques Ziller is a Full Professor of European Union Law. His research interests include European Union law and comparative administrative and constitutional law, as well as comparative public administration. He is the author of The European Constitution (Kluwer Law International, 2005) and the editor (with Stefan Griller) of The Lisbon Treaty (Springer, 2008). His most recent articles appeared in Il Diritto dell’Unione europea, Revue trimestrielle de Droit européen and in several edited books in the English, French, German and Italian languages. He has previously been a professor at the European Institute of Public Administration, Maastricht, at the Université des Antilles et de la Guyane, at Paris 1 Panthéon-Sorbonne University, and at the European University Institute, Florence, as well as a visiting professor at the College of Europe, Bruges, and at the Universitat Autonoma, Barcelona. 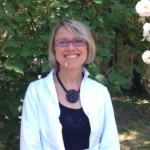 Emanuela Ceva Emanuela Ceva is an Associate Professor of Political Philosophy. She has taught at the Universities of Trento and Pavia,  University of Jordan, Technische Universität Darmstadt, Ural Federal University, and Universität Hamburg. She has been a Departmental Guest at the Center for Human Values of Princeton University, Jemolo Fellow at the Nuffield College (Oxford), and Visiting Fellow at the Hitotsubashi University (Tokyo), the University of St. Andrews, and the Centre de Recherche en Étique de l’Université de Montréal. She has directed several European and national research projects on themes of conscientious objection, toleration, food policies, and political corruption. Her research focuses on issues of value conflict and procedural justice, democracy, corruption, and the implications of the liberal principle of respect for the treatment of minorities. She is the author of Interactive Justice (Routledge 2016) and her many articles have appeared in such journals as the Journal of Applied Philosophy, Political Studies, Politics, Philosophy & Economics, European Journal of Philosophy, Social Theory and Practice, and Journal of Social Philosophy.